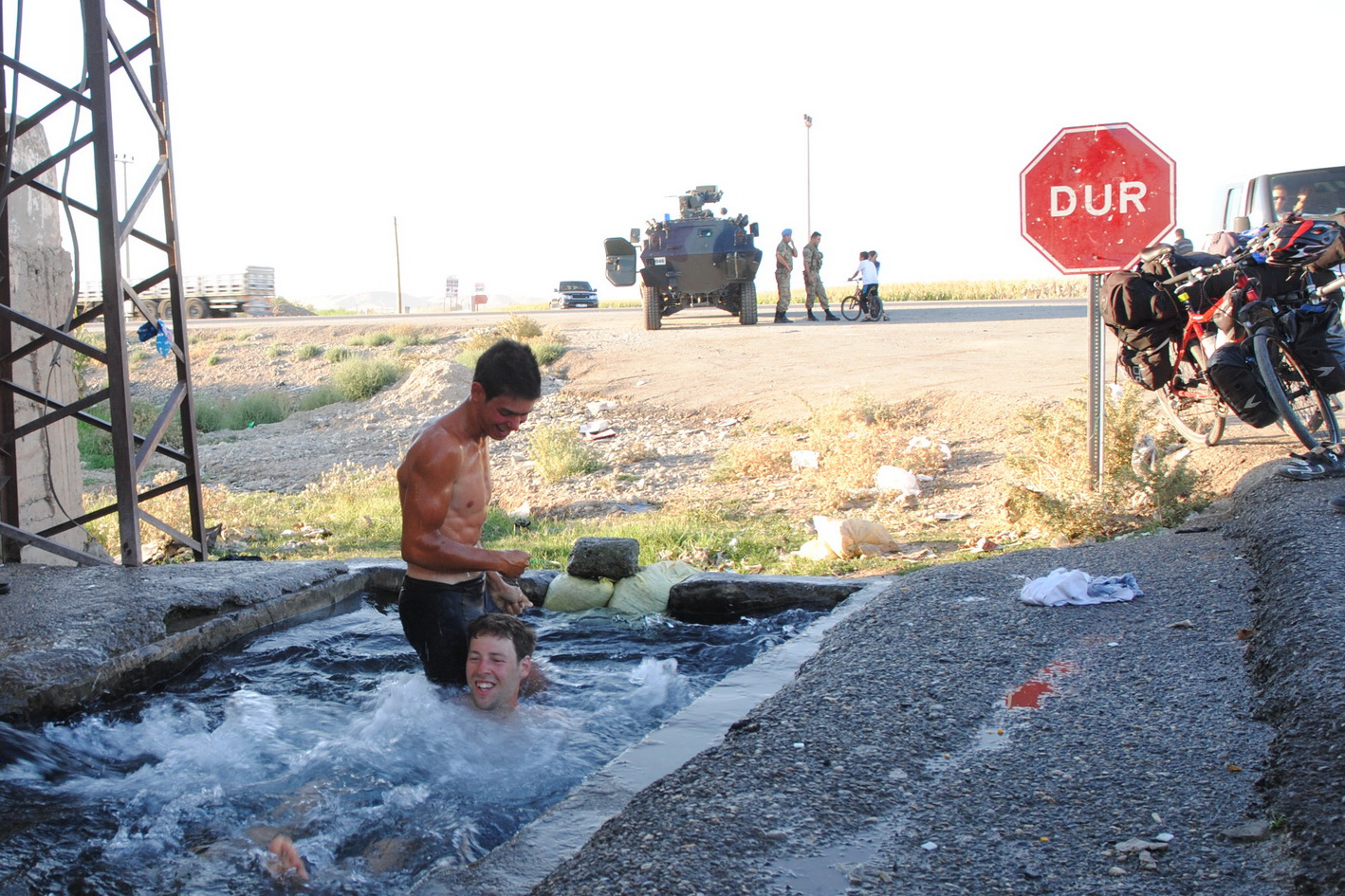 We spent several days in the area populated by the Kurdish people, or as the locals say, Kurdistan – causing sorrow for the Turkish natives. We had a constraint-rest day which we spent in a fuel station in the middle of the hot and glowing steppe. The reason why: diarrhea. Misi was quite sure about the fact that at least one of us will be sick during the trip. Once in the evening he just pop up this topic. Yeah, the next day he was suffering of his 39°C high fever and he even couldn’t eat. It was like psychical decision to get sick. We made friends with the Karuç brothers, who were lounging the whole day with their oldest brother, the petrol station assistant Serdar Karuç. 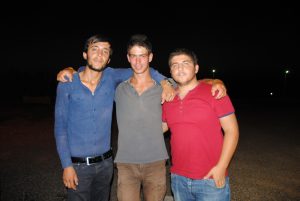 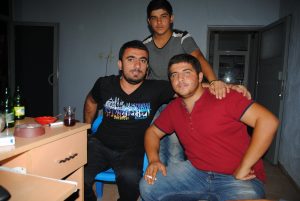 They simply couldn’t stand that I ate my own food. They offered their lunch to me, but I refused. So they set the table for me and sat me down at the table. I had no option. The same at dinner. Misi was sick whole day, he was lying in his 1,5 kg weighing beast hot sleeping bag quakingly, while the temperature was 40°C outside. Then he had shower, sweated a lot and in the afternoon he got a bit better. Fortunately he was quite fine in the evening, so we could continue the trip next day. I confess, I had an annoying muscle spasm in my legs, as my thighs didn’t get enough stretching in the last month. 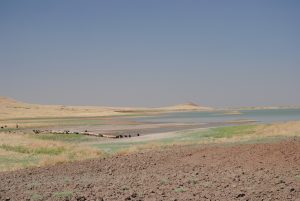 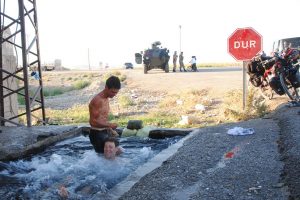 After a whole afternoon of climbing uphill, we reached the greatest lake of Turkey, the Van Gölü. On the road we saw a lot of fig sellers. There was the case when a child ran after me and he shouted at me to accept his one fig. As I grabbed it from his palm, he just laughed. Then there were some little kids running besides us, they were shouting “money, money!”. I told them, it’s incorrect, say “Monkey, monkey!”. Thence they were shouting this. Higher and higher. 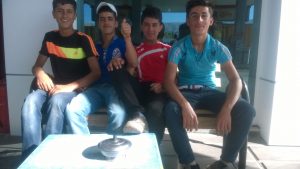 Arount the lake the climate was very fine, it was perfect, thanks for the 1600m altitude above the sea level. Yeah, this is already the Armenian Highland. We rode about 160 kilometres at the lakeside, on the west coast. The landscape was wonderful, but unfortunately we couldn’t ride carefree, we had to watch out for the stone-throwing cretin children. Just before arriving at Van Gölü my front bag received a falling stone, just because a shitload aggressive child found it a correct thing to throw me. I started chasing him, but lost his trace quickly in the ghetto. Later there were troubles with the dogs as well. Misi started to fear from them. Between these conditions cycling was not that careless. There were many cases when we got stones. It was like a normal thing here in the eastern part of Kurdish areas. I tried to understand it. Once the children thrown me, so I stopped. They were about 30m far, so we started to speak. They were not offensive or insulting, they just invited me to have a bath in the river nearby. I started to get curious about this whole situation, so I approached them. As I got closer, the children started to run away. They looked kind of scared. I had to address them like scared roes. So they came to me very slowly, very carefully. But they kept the 2 meters distance. I tried to explain what is my problem, but my Turkish knowledge was not enough for that. I just showed it somehow. Meanwhile there was an adult who joined the conservation. He started to get it, so he commented: “They are just children, they don’t know what they’re doing.”. Well, if they keep the 2m distance and they don’t shake hands, they must be guilty. I didn’t understand that old man. Whatever, children know physics. They must know what happens if a stone shoots someone’s head. 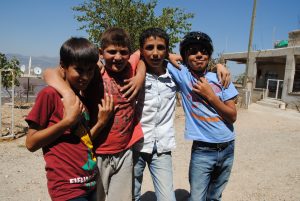 So the poverty is very scary here. Children might be very hungry, they can’t handle the fact that the arriving tourist has a bike shining like diamond with colorful stuff. Thus they terminate us as rolling wallets. It can be the jealousy, the poverty, and the starving resulting this abnormal behavior. And yeah, they are helpless, they don’t get money from the tourists, at least let them shoot the tourists down. 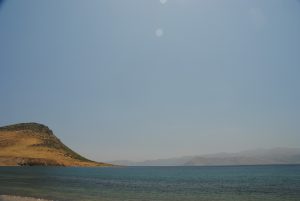