While we were cycling in the Alps, heading mountain pass with my friend, Norbi Forintos, talked about climbing competitions. The idea of organizing a 24 hours rock climbing competition presented itself, as we missed it from Hungary and there was even no rock climbing festival except for Aggtelek. Why shouldn’t we organize one? That’s a deal, we’re organizing a festival in 2017. We two. In the Kis-gerecse rock mine. 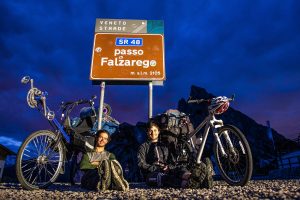 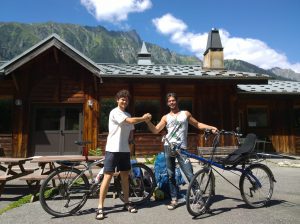 Well, check out what’s necessary for this. We started the investigation from my friend, Bálint Burucs. Yeah he’s the one who knows everybody in climbing groves. He advised to tighten the purs-strings because it will be at least a half year to make it through the officialdom, it will be a hard job. The one who can help us directly is Ervin Nagy, the president of the Gerecse Rock Climbing Association. I grabbed my phone and called him. Well we were discussing about half hour long and I started to lose my enthusiasm during this call, as he listed and listed the obligatory permissions to acquire for a festival like this. He informed that the municipality permission obtaining process lasts 90 workdays long and they really exploit this: maybe they’ll refuse our request on the 89th day. Then we can start again with the correction ant try to submit again. Yeah and winter came. Okay, we decided to do it so we’ll just do it. Try it. It’s not a shitload marketing trick, it derives from our mentality that we are trying to organize this festival in accordance with the sustainability. We’re aiming to solve the electricity supply with a solar panel-battery combination with some inverter. Besides this, we’ll install selective waste collecting bins in several places of the mine. Maybe this idea was a bit engaging for the municipality and the Natural reserve officers. Maybe, because it happened that I flew to the Caucasus mountains to climb a month long, and as I was already on a tenterhook, I got an email. After THREE MONTHS of waiting I got an email. Yes. We received the permission from the municipality and the Natural Reserve. Wowww!

Yesss we’re climbing the Ushba and the Schurovsky while I have to organize the festival. Norbi undertook the biggest part of organizing this time, he really did his thing. The funny thing is, that I won the first prize of Discover Europe photo contest and I received an ASUS smartphone from them just one week before my trip. My first smartphone. I never wanted a smartphone, as all of them break down in two years and scratches and not reliable and I have to take care of it like a porcelain baby. But. It’s a real salvation if you have it when you have to organize. Almost everything is possible with it.

There’s internet everywhere! Even in Adishi, where only 13 family live. I used Tarzan’s WiFi here. 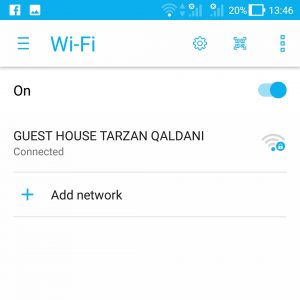 All right, I won’t gossip too much about this month-long climbing in the Caucasus. There will be a complete series of post about it. We organized went on, we were thinking a lot about the sponsors. We requested from a lot of companies, there were only a few answering. But the best ideas came only last week. The Hungarian distributor of Petzl, Gibbon Slacklines, Explo.hu online shop, and so on. We negotiated a lot with the Tengerszem outdoor shop, but it resulted in a good way. They provide a lot of DMM stuff for test, especially new gear. They put some surprise sweets in the competitors’ start bag. Moreover, participants will receive 15% shopping coupons. The winners will get precious presents from Tengerszem. The Explo.hu online shop will provide several climbing gear for test and for the raffle. Climbers will have to challenge the routes in the darkness, so they’ll need some light. We won’t use reflectors to shine the walls, so it’s up to them. Petzl will help them in this case. They’ll lend several head torches and also different climbing equipment. Moreover, there won’t be a lack of chalk, as they will provide a mass of it. Nobody should think that it’s only about climbing. The slackline riders’ display will be breathtaking. Thanks for the Hungarian distributor of Gibbon Slacklines, there will be a nice long sling stretched up over the 23 karátos udvar. Participants can try the easier and lower placed slacklines securely. Braver ones can go and ride the highline in the sky.

At night the competitors will be in a relay, so half of the team will rest. These members and the non-competitors, other participants can watch climbing films from the evening. We are also aiming to supply the beamer from a battery charged by the solar panels.

We are here, going on with the organizing. We’re waiting for the rest of the competitors to submit. Then we can take the tank tops to the press. The tank tops have a new design, will be released tomorrow.

Today I received some stuff in Monkey Boulder climbing gym. Ervin left me a huge Hilti drill, a complete belay station and eight anchor bolts. Actually I have never met Ervin. So I mean this is climbers’ community. This is high level of trust between us. You can rely on a climber. Really. In this community I experience this not compare to other ones.