Sorry for not writing so long. I spent more than one month in the Caucasus, so I couldn’t write. So here you are, an exciting post.

In the evening the view of the Salt Lake took our breath away. Yeah really, the name of the lake is Tuz Gölü, Salt Lake in loan translation. We glanced this gigantic snow-white widespread watercourse at sunset, when the lights were amazing. A real theme for photography. It’s usual that the draught makes the whole lake totally empty, and only the salty watercourse is visible. 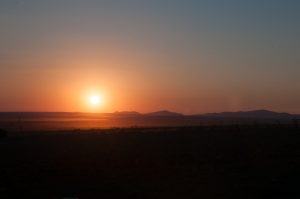 As we were downhilling the dirtroads, strong dog bark caught our attention. We started to get afraid, because of three dogs chasing us. Actually we saw nothing behind us, but three dustclouds. They were speeding on the hillside like small avalanches. It was scaring. I shouted at Misi to accelerate as they were approaching very fast and we ran out of slopes temporarily, so we had to tread the pedals intensively. As we reached the lakeside, we shifted them off successfully. From the lakeside we entered the bridge, which leads through the entire lake and ends in the opposite side city, Şereflikoçhisar. We left the bridge and descended in the watercourse, where we set up the tent and spent the night. Next day waking up at sunrise was kind of wonder. 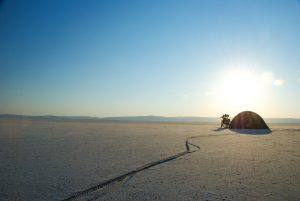 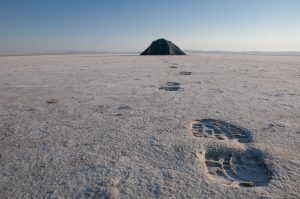 The view was incredible, the calmness and tranquillity was outstanding here. Till we glanced the scary earwig colony on the ground. These insects are cannibals! Really, they eat each other. 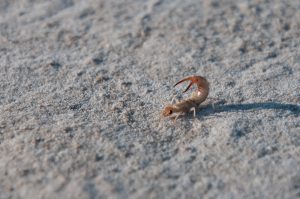 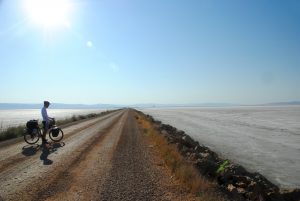 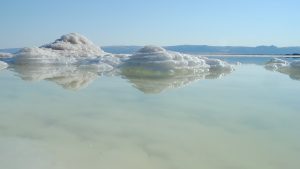 We ran a real marathon on the last day to our rest station, Cappadocia. I estimated the distance to Avanos about 150 km. As we arrived, it turned out that it was 170 km. We stood the night ride quite shabby, we met Abdullah, our host late in the night, after 11 pm. Actually it was the first and the last night we saw Abdullah, as they left for holidays and entrusted the house to us. We could spend the following three nights in a very cosy stone house. It has a very fine climate thanks for the thick walls. 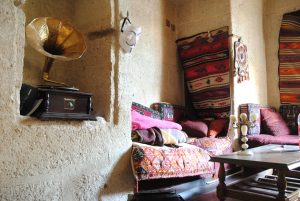 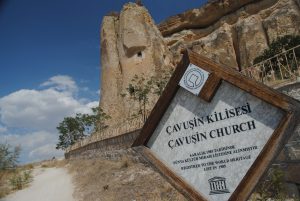 We spent two rest days between the cavehouses and fairy chimneys of Cappadocia. We were crawling mostly in the outskirts of Çavuşin, it provided several sights to see. 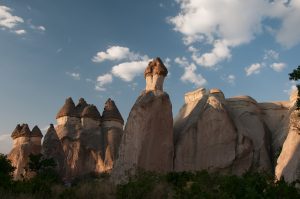 The best moments were when we entered a huge cave city carved in an enormous stone block. In an abandoned cave house we laid down, had lunch and a substantial siesta, hid from the strong rays of the sun. Later on, we could also climb up to the top of this rock massive. It was forbidden, so we were even more interested, of course. We enjoyed the view from above sooo much. We felt so delightful that day, as it counted a kind of holiday in the expedition. 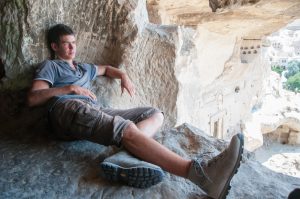 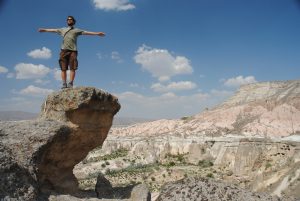 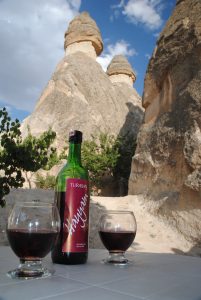 We just lounged, crawled, ate and licked ice cream. That day we made an ice cream trip to Göreme. As we approached the town, every quarter hour we had an ice cream. We were so fancy that we could even afford a bottle of wine during our stay. In the middle of a wineyard we found a person who sold his own produced honey, dried fruits and wine. He offered a quite good price, 16 Liras for a bottle of wine so we submitted for one. It was such a delight to sip wine under those fairy chimneys and eat some dried fruits for escort. The wine was so strong in the hotness that we left the wineyard with wide smiles. Even if we paid 50 instead of 16 Liras. As we got drunk, we gave 50 for the producer. Then he required further 10 as he said 60. Well we didn’t write down the price, so who knows what he said and what we heard. Then we just let it go, we didn’t care that much. But as we started to get sober, we regret it. In the evening we tried to hitchhike back to Avanos. We started to walk on a minor road. 20 minutes of walk and we saw the first vehicle coming. We stopped it down. The car was very nice, clean, and only the driver sat in it. So I didn’t hesitate to ask him if he could bring us to Avanos. As he nodded, I opened the door, but I saw something on the door painting: it was a taxi, so we let it go. The next car was a police car coming in front with siren. They stopped the car next to us. There were three cops sitting in it. They asked where we are going. We answered that we’re heading Avanos, which released an uproarious laugh in the car, then they left in the darkness. 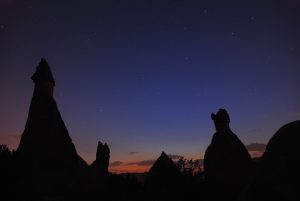